One of my favorite fellow ROWers, S.J. Maylee, honored me with a Sunshine Award and the 11 Random Question meme. S.J. has been so helpful to me in both encouragement and accountability. I feel with her the kind of camaraderie that makes A Round of Words in 80 Days and the writing community so beautiful and beneficial. Thanks, S.J.!

I answer her questions below. 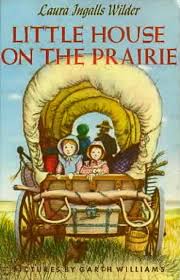 What book had the biggest impact on you as a kid? Well, that would be the Bible. But I’ll pick a fiction book for this question: Little House on the Prairie by Laura Ingalls Wilder. That was the first book I remember reading that showed me how a story could place you in a whole other setting and you could understand someone else’s experiences through their eyes.

What is your favorite time suck? TV shows. I used to love watching movies, but there are quite a few wonderful shows now that I find myself wanting to keep up with. I did finally pare down my must-watch list a few weeks ago.

If you were in a movie who would you like to star with? The actors I would most like to star in a film with are dead. R.I.P. Cary Grant, Katherine Hepburn, Jimmy Stewart, Bette Davis, et al. While I’m tempted to name some amazing actress like Meryl Streep or Judi Dench to watch them work, I think I’d rather have fun on the set. How about starring with Will Smith? I just think he’s a cool guy.

OR I could star with Kevin Bacon, thus closing my three degrees of Kevin Bacon to one!

What is your favorite past time? That’s a hard question because it depends on my mood. I’m pretty much always happy to be singing or reading, though.

What is your favorite drink,  it can be Alcohol or non-alcohol? Coca-Cola in a glass bottle with pure cane sugar.

Tell us three things about a favorite character you’ve created. Annie Lewis was my first main character (from Grace & Fire, a mystery). She’s also addicted to Coca-Cola; is fascinated with fire; and possesses a six-year-old secret that could wreak havoc if discovered.

Which author influences you most as a writer, and in what way? Dr. Seuss. No, really. There’s something about how Theodor Geisel, aka Dr. Seuss, was able to get an important point across while engaging in whimsy (e.g., The Grinch, Yertle the Turtle) which reminds me that stories can be both profound and fun.

What was the first thing you remember writing? I wrote a poem when I was 9 years old:

What is on your bucket list (things you want to do before you die)? When I turned 40 (a few years ago, thank you very much), I wrote a list of 40 After 40–forty things to do in my life after I reached that milestone. Here are a few items from that list:

If you were to write a “Thank you” note to someone you’ve never actually met, who would that be and why?

I had to think on this one for a while.

David Auth, Ph.D., inventor of NovaSure. Look it up, if you really want to know. Let’s just say that his research and development improved my daily life. 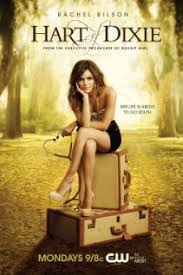 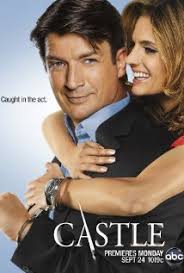 e TV show? I’ll give two: Castle because I love mysteries, I love Richard Castle’s personality, and the tension is great; and Hart of Dixie because I can relate to the urban girl, but I love the characters in this small Southern town with that quirky feel you got with Northern Exposure or The Gilmore Girls. In both of these shows, there is also a terrific supporting cast of characters.

So what are you writing? And how’s the view? Give me the lowdown on your progress and find other ROWers HERE!

I’m celebrating the decade of the 1920s today! For what reason? Well, because my husband and I recently went to a ’20s themed party:

Best-selling books of the 1920s (thanks to Printed Pages for the list from Publishers Weekly):

Popular movies from the 1920s:

Before that killjoy Great Depression hit in 1929, the Roaring Twenties were a fun decade! It was great to dress up and do a little Lindy Hop dancing at the party. Don’t know what the Lindy Hop is? Well, the following is a super spruced-up version from some fabulous dancers. But the basic steps are there.

How are your writing or other goals coming along? What book, movie or music from the 1920s did you enjoy? Do you have a favorite past decade you wish you could visit?

Be sure to support fellow ROWers! You can find them through the blog HERE.