I love watching That 70’s Show.  I knew those people, although they were a few years ahead of me.  Because I was a child in the 70’s, but a teenager in the 80’s.  I consider myself better versed in culture with the 1980’s.

Perhaps since I attended my 25th high school reunion lately (about which I’ll post an update next week), I’ve been thinking about stuff that defined my generation.  Take the following quiz to see if you might qualify as a child of the 80’s or be named an honorary member! 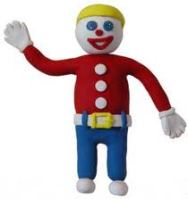 2.  What is a Flux Capacitor and what does it do?  Bonus points if you know who invented it!

3.  What is a Gremlin and what are the three rules for keeping one as a pet?

4.  Name at least three members of the Brat Pack.

6.  Why was Christa McAuliffe famous and what happened to her?

7.  Did you watch USA’s Night Flight?  Can you name any movies you saw on that show?

8.  What was the first video you watched on MTV?

9.  How many times did you watch the shooting of Ronald Reagan replayed before you finally decided you’d seen enough?  (Maybe that’s when someone invented cable, so we would have more options!) 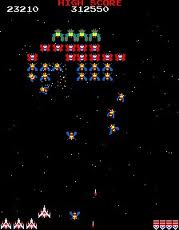 11.  Where were you when you found out the Berlin Wall had fallen?

13.  Did you pump regular gas into your vehicle?  Or has it always been unleaded?

14.  Which wedding did you watch with baited breath?  Charles and Princess Diana?  Or Luke and Laura?

So how did you do?  Give yourself partial credit if you wish.  For instance, I could recall only two of the three Gremlin rules on my own!  Here are some answers:

1.  This is Mr. Bill who featured in clay animation shorts on Saturday Night Live from 1976 through 1980.  His nemesis was Sluggo.

2.  The Flux Capacitor uses 1.21 gigawatts of power to fuel the time machine DeLorean in Back to the Future.  It was invented by Doc Brown. 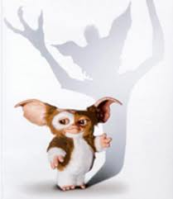 3.  A Gremlin is a cute furry pet that you must (1) never get wet; (2) never expose to the sunlight; and (3) never feed after midnight.  If you do, it becomes a horrendous creature that will make you wish you had listened to the pet store owner.

6.  Christa McAuliffe was the teacher chosen to be an astronaut on the 1986 NASA Space Shuttle Challenger flight. Unfortunately, it broke apart 73 seconds after its launch, killing all seven crew members.

7.  You’ll have to look up movies shown on USA’s Night Flight, but it was a Friday and Saturday night show that featured rock interviews, videos, cult movies, and more.  It ran from 1981 to 1988.

8.  The first video I watched on MTV was at my friend Tami’s house and it was Night Ranger singing D0n’t Tell Me You Love Me.

9.  There were so many replays of the Reagan shooting that SNL did a skit about the constant barrage of images.

10.  My best score was on Centipede, which I played at the bowling alley arcade.

11.  I was at college in 1989 and found out about the Berlin Wall’s Fall from fellow classmates.  Then we watched the news reports and celebrated with the freed people of Germany.

13.  I pumped regular gas into my parents’ cars, but unleaded took over the market through the 1980’s.  By the time I got a car, the gasoline was unleaded.

4.  I watched the coverage of Princess Diana and Charles marrying (1981), but Luke and Laura’s wedding on General Hospital (also 1981) was “attended” by many viewers who dressed up for the event and held receptions.  The royal couple attracted 750 million viewers, but the fictional couple got 30 million viewers.

15.  Two all beef patties, special sauce, lettuce, cheese, pickles, onions, on a sesame seed bun.  (While you’re at it, you deserve a break today.)  Thanks, McDonald’s for the Big Mac and the break today campaign!

So are you a child of the 80’s?  What decade do you relate to?  What quiz questions might you come up with for your generation?