I have watched all three election debates–the two presidential candidate debates between President Barack Obama and Governor Mitt Romney as well as the vice-presidential debate between Vice-President Joe Biden and Congressman Paul Ryan. While I agree that they have been more interesting than your average candidate debate, I think we could make these events even more engaging.

The last presidential debate is coming up on Monday, October 22, at 8:00 p.m. Central. Here are my top 10 ways to spice up the last debate:

10. Have someone in the audience start the wave. See how long they can keep it going.

8. Flash fact checking on a screen behind the candidate as he speaks…or simply the words TRUE or FALSE as warranted.

7. Let Clinton and Stacy of What Not to Wear provide the post-debate breakdown. For instance, what’s with hot pink and what is the appropriate size for a flag lapel pin?

6. Forget the whose turn is it? approach and install game show buzzers on the podiums instead. The first one to press his buzzer gets to speak.

5. Make the final question a kissing contest: Who can go the longest? Barack and Michelle or Mitt and Ann?

4. Include a lightning round. Fence or amnesty? Bankruptcy or bailout? Tea or coffee? Boxers or briefs? Edward or Jacob?

3. Have Sheldon Cooper of The Big Bang Theory be the next moderator. Bazinga! 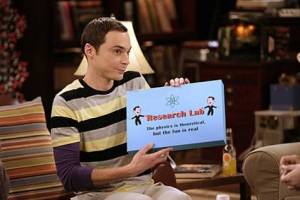 2. Include Piper Bayard, the most promising presidential candidate. Wouldn’t you rather have Foxie with Moxie in the White House?

1. Debate: The Musical. Should we get Webber or Elton to write it?

Whether you think our political process has made any progress, I hope I’ve made some progress on my Round of Words in 80 Days goals. No moderator needed. My update is below.

So how are your goals coming along? Do you plan to watch the presidential debate? Do you have any ideas for how to spice it up?

Be sure to support fellow ROWers! You can find them through the blog HERE.