I have probably mentioned before – maybe a dozen times by now – that Raiders of the Lost Ark is one of my favorite films. (Ignore all sequels; by comparison, they suck.) In Raiders, an object takes center stage as archaeologists and villains compete to be the ones in possession of the ancient and powerful Ark of the Covenant.

I started thinking of books in which an object is a central part of setting or a symbol for the character. What fictional objects do I wish were real and I could see and touch?

So for Deep-Fried Friday, I am opening my own museum.

Welcome to Julie’s Novelties of Novels! 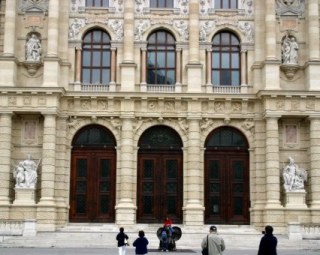 Enter inside and see what is featured in today’s exhibit. 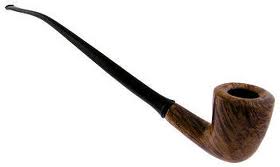 While Sherlock Holmes is best known for smoking a Callabash pipe, this type is not mentioned in the short stories or novels by Arthur Conan Doyle. Instead, the most commonly referenced pipe is a churchwarden, which Sherlock smoked often when contemplating problems and solutions.

Lewis Carroll never referred to him as the “Mad Hatter,” although we all know him as such from the Alice’s Adventures in Wonderland and Through the Looking Glass. Instead, he was merely The Hatter. His tea parties were quite the event, so why shouldn’t one look dapper wearing a Victorian top hat? 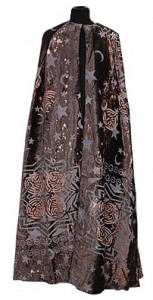 This item is heavily guarded due to its magical powers. Used by Harry Potter and friends in the series by J.K. Rowling, invisibility can come in quite handy from time to time.

The Wardrobe to Narnia

Although we often picture a rather ornate wardrobe for the Chronicles of Narnia, C.S. Lewis only specified that it was big and had a looking glass in it. This Victorian wardrobe is the portal into the land of Narnia where animals talk and a lion rules.

First told in the 17th century, the tale of Sleeping Beauty involves jealousy, an evil woman with a spinning wheel, and a curious young woman who cannot resist this fascinating gadget. Prick, sleep, and wait for a handsome prince. Charles Perrault, the Brothers Grimm, and Pyotr Tchaikovsky each told the story in their own way.

Image from The Canterbury Auction Galleries

One Ring to Rule Them All

“One ring to rule them all, one ring to find them,
One ring to bring them all and in the darkness bind them.”
Thus is the inscription in Black Speech on the ring featured in The Hobbit and The Lord of the Rings trilogy by J.R.R. Tolkien. The volcano ash has been polished off the ring for its display here.

The mischief maker from The Cat in the Hat maintained his distinctive look with this red-and-white hat which towered above his devious feline mind. Dr. Seuss’s tale has been a beloved one since its printing in 1957.

Now it’s your turn: What would you put in your fiction museum? What items stand out to you in stories, books, television, or movies?

18 thoughts on “What Would You Put in Your Fiction Museum?”